Waking up late, napping throughout the day. Watching daytime TV, making sandwiches at home and going for an afternoon walk. It sounds so lovely!

Maternity leave has to be one of the best parts of having a baby. And when the end of pregnancy comes, most moms imagine staying home and happily snuggling their newborn all day.

If you’re ambitious like me, you think you’ll do a bunch of laundry and house cleaning, take daily walks, make all your own baby food, run errands and meet friends for lunch.

Don’t get me wrong, it’s possible to do all those things if you have a good routine for your days. But once you have a newborn, life changes drastically. And because everything is unfamiliar its difficult to accomplish more than one or two things in a day.

The first night home is really the hardest. As soon as my husband and I walked inside, we thought, “oh god, who let us take this human home?!” It’s pretty overwhelming. They look so delicate and helpless and if you’re a first-time parent it’s super scary.

I remember putting my baby girl in her bassinet and laying down in my bed for the very first time after giving birth.

I was beyond exhausted. And all I wanted was my bed. I had just given birth, I slept in a hospital for 2 nights. I couldn’t wait to be at home.

But that’s when the panic sets in… what if she stops breathing while I’m sleeping? What if she cries and we don’t wake up? Or the cat jumps into her bassinet and claws her eyes out? What if a jet engine falls from the sky, smashing through our ceiling and lands right on the bassinet?!

In the hospital, we had nurses coming in to check on us every one to two hours so I was never worried. I knew I wasn’t the only person solely responsible for her and that gave me a level of comfort I didn’t have at home.

That first night, I absolutely could not sleep. It just wasn’t happening.

So I laid there. Wide awake. Exhausted. And waited for the next time she needed to be fed.

I may have closed my eyes for maybe 10 minutes, I have no idea. All the days and nights just kind of blend together when you’re that exhausted. And it doesn’t get better for a while.

That first night felt like torture. There are literally no words to describe the exhaustion.

And the worst part is nobody talks about it! Nobody tells you how afraid you’ll be to fall asleep or walk away from the baby for two seconds, nevermind fall asleep for an hour.

Becoming a parent is so great. It really is… but nobody talks about how hard it is.

There was so much I was prepared for; the birth, the difficulty of breastfeeding, worrying about a crying baby in public… I felt pretty good about how prepared I thought I was…until she actually came and I realized how *not* prepared I was.

People don’t really mean to keep this information from you. I mean yes most mothers try not to complain so it doesn’t sound like we regret having kids… But really, there’s just a lot to remember. And mostly, you forget. These phases of their lives are so fleeting, when you look back, those sleepless nights don’t seem so bad.

I remember my mom telling me what it was like to have an unmedicated birth. She said it was excruciating, exhausting, painful, and the hardest thing she ever did. But as soon as the baby comes, you forget all of that.

The love and gratitude you feel dwarf all of the negative feelings. The good outweighs the bad.

And since it’s not the most important point, we forget to talk about it.

The Days Run Together

Once you’re accustomed to the lack of sleep, the days still run together. I bet you thought I was going to say it gets easier, haha!

Once you have kids, at any age it’s hard to remember what day it is or what time it is… I forget to eat, shower, and change my clothes more often than I’d like to admit and my kid is three.

It helps to have someone come over and help you out or give you a break. Luckily my mom was able to come by a few times a week so I could take a shower and do some laundry or sneak in a nap.

I really struggled to set up a routine so I pretty much got through the days as best I could.

Breastfeeding on demand and operating off about 3 hours of total sleep per night, I couldn’t really remember anything other than when to feed and change the baby. I’d get out of bed around 7 am and before I knew it, it would be two o’clock and I hadn’t had breakfast.

Planning a routine makes it easier to keep track of your time. With my second, I knew what to expect so I was able to map my days out a little better and keep track of her feeding and sleeping schedule. This made my second maternity leave so much more enjoyable.

Of course, you won’t accomplish everything in your routine every day, but it helps to set an intention and acknowledge the time going by.

A Routine is Possible

Something I never tried during my first maternity leave was creating a routine for our day. I didn’t even track the times my daughter would sleep or eat.

Since she was a newborn, and I didn’t really know what I was doing, I figured that a routine wouldn’t even work for us.

I didn’t want to force too much on to her or myself. But truly, a routine would have honestly helped both of us.

It’s not that hard to get a newborn eating on the same-ish schedule, it’s basically every two or three hours unless it’s a cluster feeding day, in which case, just roll with it.

Whenever my kids ate, they’d sleep immediately after. So I knew the minute I put them down, I’d have a solid two hours, maybe more, to get some things done.

The Truth About Maternity Leave

If it’s your first time, it’s super hard. You’ll feel like there’s barely time to feed yourself never mind shower, get dressed, exercise or take your baby out for a walk.

You might have daytime TV shows on in the background but you can’t watch it because you’re exhaustedly spaced out, staring at your child to make sure they’re breathing right, don’t have a wet diaper, and are comfortable in their bouncer, swing or bassinet.

Going to stores can feel impossible. Running errands is the last thing on your mind. Even having visitors can feel overwhelming.

Your life has changed drastically and it will take some getting used to. It’s normal to feel exhausted, overwhelmed, and pretty much constantly frazzled.

Maternity leave, especially when it’s your first, can be so so hard. But it’s also amazing. It’s such a great time to bond with your new baby. Despite the challenges, maternity leave is still one of the best parts of having a baby to me. 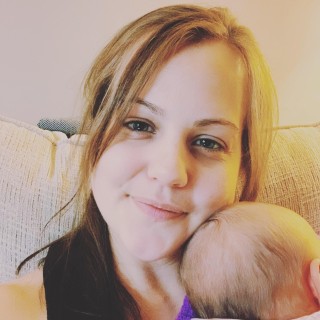 Grab Some Time for Yourself